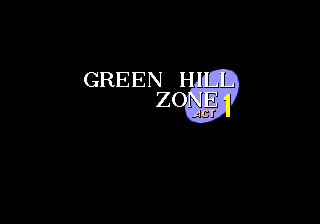 The earliest example of a departure from the latterly mentioned original naming pattern is Sonic the Hedgehog CD, which instead uses the term RoundsMedia:SonicCD MCD US manual.pdf[4] (ラウンド)Media:SonicCD MCD JP manual.pdf[5] to refer to its overarching levels, though unlike the standard Zone terminology this is not appended to the level's name on-screen. Somewhat confusingly, CD uses the word Zone to describe what other games call ActsMedia:Sonic1 MD US manual.pdf[1] (アクト)Media:Sonic1 MD JP manual.pdf[3]: separate sub-levels within a Zone and sharing its theme, whose number varies between different games, usually two or three per Zone.

Zones exist in other media as well. Sonic the Comic uses the term "Zone" extensively to separate parts of the world.