The hack is officially called "Ray the Flying Squirrel in Sonic the Hedgehog", however, due to the original filename of the ROM, the community has widely recognized it as simply "Ray in Sonic 1" this naming scheme helps to distinguish it from the 2007 version.

Development of Ray in Sonic 1 began August 3, 2019. When SMS Alfredo, co-creator of Ray in Sonic 1, gave Iso Kilo a recreation of Ray's gliding mechanics for the original Sonic the Hedgehog. However, at first, Iso Kilo implemented the code incorrectly. In the state it was, the player would had have to rapidly press back and forth to gain height, but said height would almost be immediately lost by the stronger gravity. As well, there weren't any proper animations or art put in place, so instead, it'd consist of Sonic jumping between 2 unused animations:

The following day, the glide code was properly implemented, however the animations were still the same.

About 5 days after that, Ray's art was beginning to be added. However, it was still incomplete, with signs of Sonic showing up in animations such as the walking or running.

2 weeks later, a new title screen was given to the hack. Rays art was drawn and provided by an artist named Outer. And the banner, while being programmed by MarkeyJester, was provided by AsuharaMoon, another ROM hacker developing "character hacks" for Sonic 1.

Iso Kilo would only work on Ray in Sonic 1 in small parts, showcasing screenshots, and even playable builds in small chats. Eventually, just releasing whatever he had on October 4th. However, it was evident that some spots were incomplete. The ending sequence would result in Sonic jumping towards the screen instead of Ray, and the credits appeared nonsensical as the tiles were rearranged, and some letters were added to write the names of those who had letters such as 'V' in their username and had contributed to the project in one way or another.

Almost immediately after the release of 1.0, Iso Kilo realized the success of Ray in Sonic 1 from YouTube gameplay channels. Receiving several positive comments, views and likes. The co-creator SMS Alfredo also spurred Iso Kilo into continuing the project, leading to the creation of version 1.1. 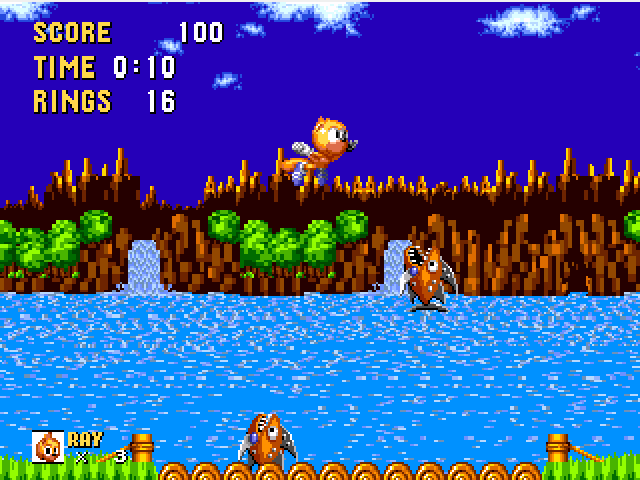 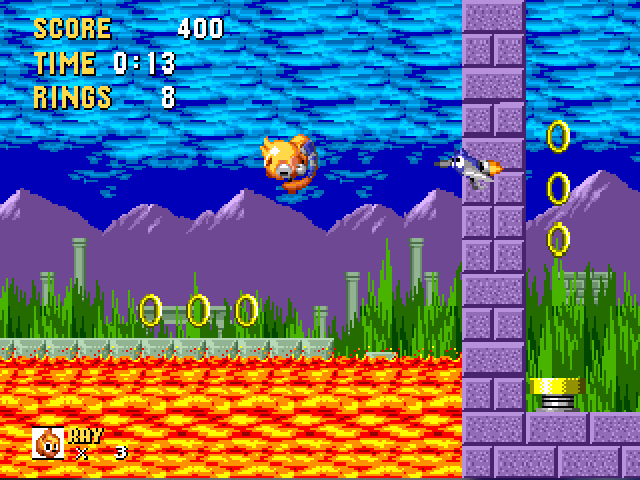 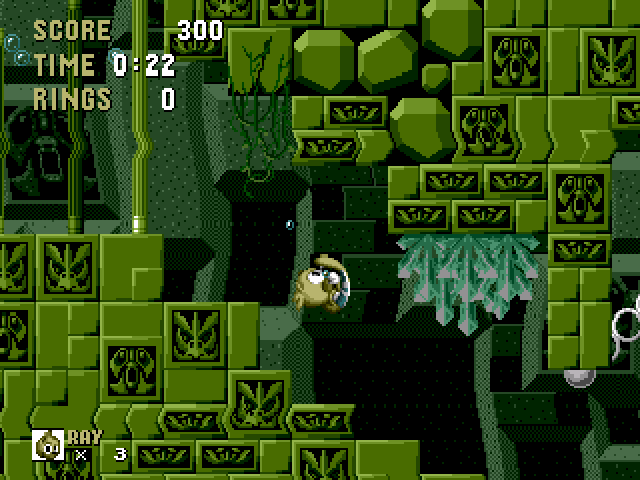 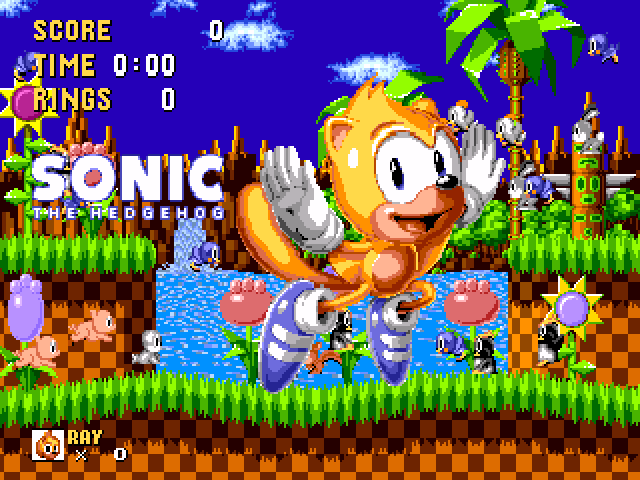