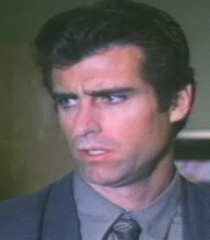 Michael McGaharn is a voice actor and comedian. He has done voice work in video games, such as being the voice of Knuckles the Echidna in Sonic Adventure and earlier as Lead Phoenix in Burning Rangers. He was replaced as Knuckles' voice in subsequent games by Scott Dreier.