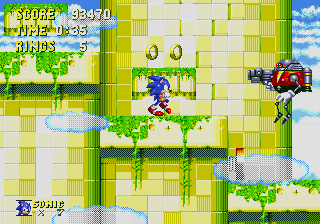 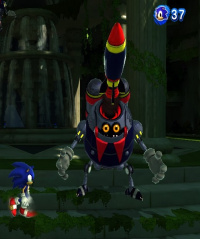 In Sonic Generations, the hedgehog revisits Sky Sanctuary Zone to be confronted by the classic Eggrobo opponents. Some of the robots use their rifles rather more dangerously, now, firing not one beam of light but several at once. 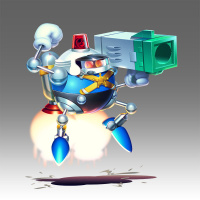 In Sonic Frontiers, the Eggrobos much like any past enemy in this game show up as manifestations of Sonic's memories inside the Cyber Space. Design-wise and behavior-wise, they act exactly as their Sonic Generations counterpart, firing several beams of light at once.

Also included are the missile firing variation introduced on the forementioned game, acting similarly to their Generations by launching a slow-paced missile from the top of their heads in an attempt to hit Sonic. Both kinds of Eggrobos in this game can be easily destroyed using either a Spin Jump or a Homing Attack.

In issue #54, Snively controls a group of Eggrobos which he uses to stop Sonic the Hedgehog and locate Ixis Naugus.